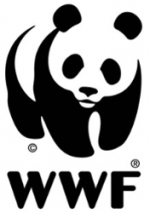 World Wide Fund for Nature (WWF) is the world’s largest conservation organization working in more than 100 countries, supporting around 1300 conservation and environmental projects.
The group’s mission is “to stop the degradation of the planet’s natural environment and to build a future in which humans live in harmony with nature”.
This organization is one of the first Jorgen chose to support financially. Different projects have been chosen over the years and at the moment following projects are given financial support from the foundation:

WWF carry out their work in some of this planet’s more unique places. In these places you can find a very large population of wild animals as well as many different plant species. Some of them reside in just a few hectares of land. WWF’s primary target is to increase the wild populations as well as their habitats. This target is to be achieved through an increased focus on poaching and stopping the illegal trade with souvenirs and traditional medicine made at the expense of endangered animals. New information is being gathered concerning how best to manage the protection of the endangered species as well as their habitats in cooperation with scientists, governments and other important actors. Through Jorgen’s travels he was lucky to see and experience many of the world’s most amazing animals and from the bottom of his heart he wanted to preserve these beautiful creatures for his grandchildren and future generations to enjoy.

WWF is working hard to counteract the increase in the global temperature whether it be by different projects or broadening the public’s knowledge on the subject. The Arctic area is one of the places where climate change is really taking its toll. The overall area covered in ice during winter and summer is getting smaller and smaller which means rising sea levels as well as a decrease in habitat for some arctic species that specialize in living on the ice. One of these species is the widely known and recognized polar bear. WWF is cooperating with local communities and governments across the Arctic to avoid confrontations between people and animals. Work is also being done to decrease the amount of fossil fuels being released into the atmosphere by trying to make especially the western world less reliant on these types of fuels. Research and the actual transition to alternative fuel sources such as wind or water power is encouraged throughout the world. WWF is also trying to be an ambitious force in the international debates and meetings regarding climate changes. Jorgen travelled to both Iceland and Greenland and saw the retreating glaciers in person which only made his determination to do something even more apparent.

To this day the tiger is one of the most endangered species on the planet. Only around 3200 tigers are left in the wild. This shameful number is mostly due to poaching as well as the destruction of their primary habitats and lack of food. WWF is working to protect these few remaining wild tigers from Siberia to Sumatra. Their goal is to stop poaching and insure a healthy food supply. Efforts are being made towards a reduction of infrastructural projects that coincide with the tiger’s habitat. Jorgen was very fascinated with these majestic cats and enjoyed observing them in both India and China with his wife and friends.

Just around 880 mountain gorillas are left in the wild and, even though progress is being made, there is still a long way to go if we want to save these magnificent and highly endangered creatures. The transformations of forest into agricultural areas, oil-production, poaching, war etc. have all contributed to the devastating number of gorillas left in the wild. WWF is fighting to protect the last few natural habitats where the mountain gorillas exist. Jorgen never had the opportunity to see a mountain gorilla himself, but was honored to make just a small contribution to this amazing animal.

Every year huge areas of tropical rainforest disappear. The equivalent of several football fields of rainforest are being cut down every five minutes across the globe. Around half of all fauna and flora resides in these areas and new species are being discovered every day. Around 40 percent of all land-based animals have perished since 1970 and deforestation is one of the primary reasons. The demand for hard wood and the need of hectares of land for agricultural purposes are just some of the reasons.

WWF is working towards making the agricultural productions in the vulnerable areas more sustainable and responsible. Work is also being carried out to enlighten the consumers about the footprint of our products.